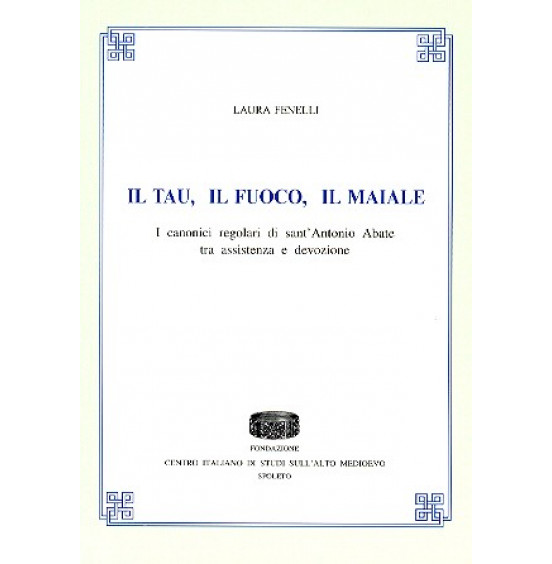 Product available in stock : 998
The book studies the history of the canons of Saint Anthony the Abbot, starting by the arrival of the hermit’s relics in the Dauphine (France) in 1070: originally ascetic in Thebaide, who lived between III and IV century, Anthony becomes the patron saint of a lay confraternity which developed into a powerful order that spread all over Europe at the end of XII century. The Antonites have relief and hospital activities, devoting themselves to the therapy of the ignis sacer or “Saint Anthony fire”: this disease appears in France at the same time the relics arrived and its causes were unknown during the Middle Ages. New legends replace soon the official biography of the saint written by Athanasius during the IV century: the saint’s figure is gradually modified and re-moulded, and the severe hermit becomes, in Western Christianity, a saint invoked during epidemic, both trickster and vindictive, close to the animals and often flanked by a pig; a saint who protects by the fire, metaphoric and real, and with the fire revenges and punishes. The volume not only traces a short reconstruction of the Antonites history, based essentially upon a sixteenth century source (the Antonianae historiae compendium) and studied until the dissolution of the order, before the French Revolution, but aims to develop a social and economic history of a religious order and its economical revenues the privilege of collecting alms and pigs breeding – , the history of saint and his western cult, the history of a disease and its therapy. An important part of this research is devoted to the medical aspects tied with the Antonites history: not only the nosology of Saint Anthony fire, studied with the help of the chronicles and medical treatises, but also the therapies provided in the hospital of the order, themes that received only a little attention form the historiographers. The research uses different typologies of sources, ranging from the pilgrims’ diary to the chronicles, and the tales, and suggest some hypothesis over the contemporary perceptions of the canons. The Antonites were appreciated for their relief activities, but often criticized as corrupted, eager and deceiver because of their wealth and the protection of the Pope.