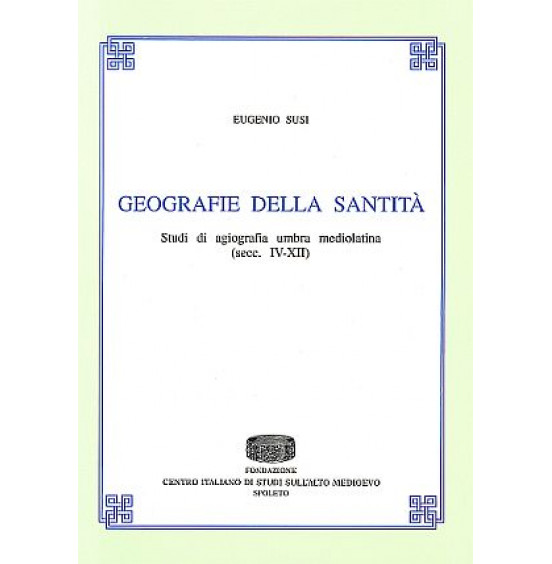 This collection of essays is meant to restore the complex dynamics of the religious worship and hagiographic stratifications in the late-ancient and hig medieval Umbria. That purpose has been achieved by the author through an accurate and contextual second reading of the narrative sources and documents about the selected field of investigation. The study has followed both the caesuras and the reassembling which featured the territory and the material evidences found in the context. In the first chapter, about the times and the forms of the early Christianization of Umbria, is possible to recognize a strong connection between the several local Churches and Rome. The main evidence is the religious worship of the Eternal city, later reappraised by the Gothic war, and then interrupted by the Lombard invasion. The aims of the second chapter are the former events and the following establishment of the so called Byzantine Corridor, which divided Umbria into two different political-religious realities for nearly two centuries. The Roman-Byzantine territories slowly affirmed the local bishop’s worship against the pre-existent martyr’s devotion. There is also evidence of a notable spreading of devotions probably coming from Africa, as it can be recognized in the archaeological evidence found of the passage and settlement of refugees and Byzantine troops coming from Africa. The third chapter focus the hagiographic dynamics of the Lombard Umbria studying the medieval monastic hagiography of the territory. This was based on anchorites, often of oriental origin, characterized by missionary themes meant not only to promote the Romans and Germans meeting but also to start the first evangelization and the ecclesiastic organization of Umbria through those ancient hermits . In the following chapters the general contents are deeply examined and the attention paid to the diachronic development of such phenomenon , permits to document the progressive reassembling of the caesuras which had characterized Umbria . The first study is about the cult of the archangel Michele whose late spreading throughout the duchy of Spoleto territory is to be interpreted as the tangible effect of the political strategies of the Lombard kings to overcome the autonomism of Spoleto and to integrate definitively the Duchy in the Reign . The two following essays are dedicated to the origin and development of devotions at Narni and Amelia. After a study on the dynamics and times of the hagiography of the territory the content is an accurate reconstruction of the identity of such narrations’ protagonists. In the final chapter ,dedicated to the figure of S. Emiliano of Trevi, the critical reconstruction of the Passio for the martyr is given. The author focus the literary criteria used by the hagiographer to give reason to the setting in Trevi and to provide a new credible identity to a Saint whom could be recognized as an homonymous African martyr worshiped in Umbria for a long time.