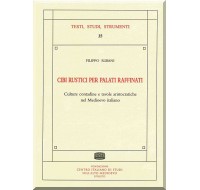 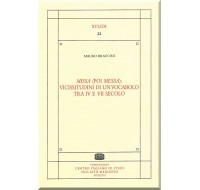 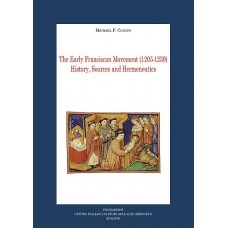 At the heart of the struggles and tensions within the early Franciscan movement, contending narratives vied with each other for a hearing and a following within medieval Franciscan history. That struggle was essentially between two different visions of Franciscan life. The earlier minorite vision of Franciscan life was sensitive to and critical of the socio-economic realities operative in the Spoleto Valley at the turn of the thirteenth century; these friars desired to live with and be at the service of the minores of their time. Another vision preferred a more institutionalized form of the charism, stressing the apostolic (and predominantly clerical) usefulness of the Franciscan order to Church and society through the excellence of its preaching, acuity of its learning and radicality of its asceticism. These two versions of the Franciscan charism, while complementary expressions of the vision of Francis, were not easily reconcilable or compatible with each other. Both represented spiritual visions; but the social formation and location of the friars from which each of these visions originated were not the same, thus conditioning their contrasting perspectives on the forma vitae and explaining at least some of the differences and resulting struggles.

This volume gathers together and updates previously published essays on topics related to the contested story of early Franciscan history (1205-1239), treating subjects such as the Franciscan approach to power and authority, the attitude of Francis towards Islam and the Crusades, the Privilege of Poverty, the connection between the two versions of the Epistola ad fideles, the relationship between the chartula and stigmata of Francis, the centrality of the Sacrum commercium, and the fall from grace of Elias of Cortona.

Michael F. Cusato (Cleveland, Ohio, USA, 1953), is a member of the Order of Friars Minor. He is currently director of The Franciscan Institute, dean of the School of Franciscan Studies and publisher of Franciscan Institute Publications: all located on the campus of St. Bonaventure University in Western New York State (USA). Having earned his doctoral degree at the Université Paris IV-Sorbonne in 1991 under the direction of André Vauchez, he began his teaching career at Siena College (Albany, New York, 1991-1996), the School of Theology at St. John’s University (Collegeville, Minnesota, 1997-1998), Christ the King Seminary (Buffalo, New York, 1999-2000) and at The Franciscan Institute (1999 to the present). A specialist of medieval Franciscan history known for his innovative and thought-provoking readings of the texts of Franciscan history, he has numerous articles on the subject. This volume is a sampling of his essays on early Franciscanism.

TABLE OF CONTENTS:
Preface - Introduction - Sources of the articles in this work - Abbreviations - Hermitage or Marketplace? The Search for an Authentic Franciscan locus in the World - The Renunciation of Power as a Foundational Theme in Early Franciscan History - To Do Penance / Facere poenitentiam - The Tau: the Meaning of the Cross for Francis of Assisi - From the perfectio sancti Evangelii to the sanctissima vita et paupertas: An Hypothesis on the Origin of the privilegium paupertatis to Clare and Her Sisters at San Damiano - Francis of Assisi, the Crusades and Malek al-Kamil - An Unexplored Influence on the Epistola ad fideles of Francis of Assisi: The Epistola universis Christi fidelibus of Joachim of Fiore - The Letters to the Faithful Of Snakes and Angels: The Mystical Experience Behind the Stigmatization Narrative of 1 Celano - Guardians and the Use of Power in the Early Franciscan Fraternity - Francis of Assisi, Deacon? An Examination of the Claims of the Earliest Franciscan Sources, 1229-1235 - « Something’s Lost and Must Be Found... » The Recovery of the Historical Anthony of Padua - Talking About Ourselves: The Shift in Franciscan Writing from Hagiography to History (1235-1247) - Commercium: From the Profane to the Sacred - Elias and Clare: An Enigmatic Relationship - « Non propheta, sed prophanus apostata »: The Eschatology of Elias of Cortona and his Deposition as Minister General in 1239 - Index of names and places.