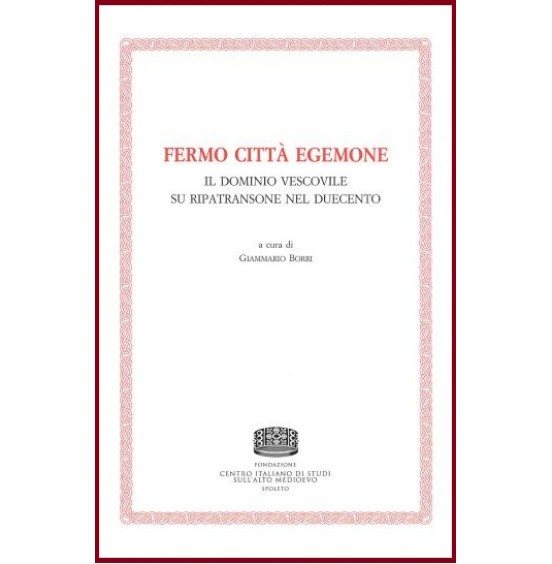 The present volume investigates the relations between the town of Fermo, as represented by its bishops, and the Castle of Ripatransone up till the middle of the 13th century. Reconstructions were based on documents conserved in the respective historical archives of the two municipalities. What is reconstructed are the stages in territorial and jurisdictional expansion by virtue of support from the Church, the Imperial power and local lords. Hegemony over the territory was obtained by the local bishops of Fermo, who acquired extensive power as well as centralising and uncontested control up till the second half of the 13th century when communal power began to take over. On the basis of these sources, investigations were carried out on the oldest institutions of Ripatransone which go back to the 11th and 12th centuries, to then dedicate attention to the relations between Adenolfo, the Bishop of Fermo, and the inhabitants of the four castles of Agello, Capodimonte, Roffiano and Monte Antico; to the founding of the new castle of Ripatransone, to the various pacts sealed in 1205 between Bishop Adenolfo and the inhabitants of the castle, and to the subsequent events including the attempts of Ripatransone to liberate itself from the yoke of Fermo. Research was conducted on the most ancient parchment documents of which 43 acts were published relating to the relations between Fermo and Ripatransone up to the second half of the 13th century. Out of that appears the long testimonial of 1253 which presents a glimpse otherwise unknown into the life and relations between two Marca-Anconetan centres at the beginning of the Late Middle Ages. Contents: