12. Maria Cristina Carile, The Vision of the Palace of the Byzantine Emperors as a Heavenly Jerusalem. 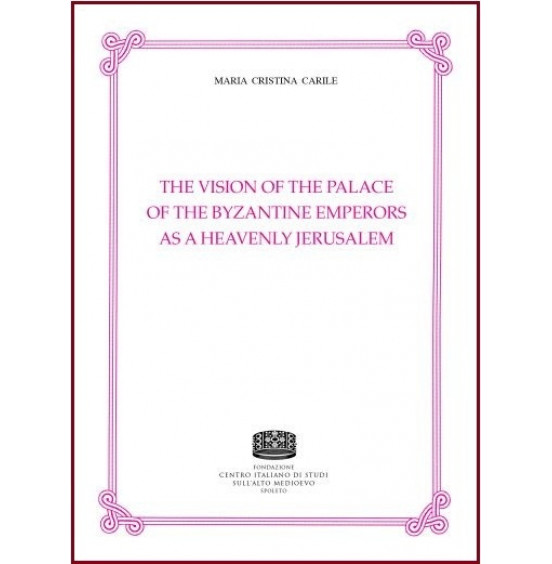 12. Maria Cristina Carile, The Vision of the Palace of the Byzantine Emperors as a Heavenly Jerusalem.

The ideological construct of the court of the emperor as a reflection of the heavenly court has a long tradition that finds its roots in Late Antiquity, having an important impact on Byzantine imagery. This book concentrates on the role of the imperial residence – the primary setting for court ceremonial – and on the ways it reflected the heavenly abode of God in the conceptualisation of imperial imagery and palatine architecture, in Late Antiquity and early Byzantium. Through an essentially art historical approach, the monograph considers a wide range of sources, asserting that architectural, artistic, and written evidence, all converge to convey the vision of the palace, that is, how a real architectural structure, which was at once the residence of the emperor and the heart of the imperial administration, was conceived and/or meant to be perceived. The ruins of late antique palaces, ekphraseis of palaces, and images of palatine architecture are the epistemological means at the centre of this study. The purpose of this book is to unravel how the real earthly palace became associated with, and the model for, the heavenly residence. This hermeneutics of the visual images of palaces – since literary, artistic, and architectural evidence for the palace, all bear a strong visual impact – will shed light on a complex mirror effect, that between the real imperial palace and its ideal counterpart. Ultimately, the monograph will show that the palace’s homology to the Heavenly Jerusalem relied upon – and also relayed – the sacred nature of imperial power in Late Antiquity and Byzantium.

Contents:
I. THE IMPERIAL PALACE IN LATE ANTIQUITY: FROM A CONSTELLATION OF PALACES TO A UNIQUE INDESCRIBABLE PALACE - II. LITERARY PALACES. ON THE WAY TO THE HEAVENLY JERUSALEM - III. PALACES IN THE MOSAICS OF THE ROTUNDA AT THESSALONIKI? - IV. THE APSE MOSAIC OF SANTA PUDENZIANA: PALACE AND CITY - V. THE PALATIUM IN THE MOSAICS OF SANT’APOLLINARE NUOVO: THE PALACE AND ITS REPRESENTATION - VI. THE GREAT PALACE OF CONSTANTINOPLE: A HEAVENLY JERUSALEM ON EARTH