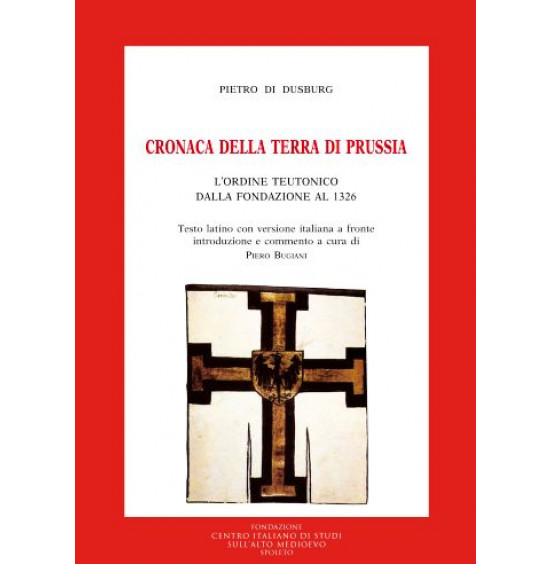 Peter of Dusburg, a priest of the military monastic Teutonic Order, completed his Chronica terrae Prussiae in 1326. The Chronica is not only the most important monument for the older history of Prussia but also the first and most valuable work of historiography of the Teutonic Order; it is the only narrative source which describes the foundation of the Order in the Holy Land (c. 1190), the short period when it was based in Venice, and finally its settlement in Prussia, where the Knights led a series of campaigns to christianize the pagan Old Prussians. Dusburg presents the Teutonic Order as coming to the Baltic area to defend Christians and to avenge injuries to God and His Church, and in describing how the Prussians attacked and terrorized Christians he uses a typical justification for violence: the Church’s need to punish heretics and apostates. The Teutonic Knights, by contrast, are distinguished victims and martyrs. The Chronica terrae Prussiae has been widely used both as a source of factual data (e.g. for the battles of the Prussian Crusade) and as evidence of the ideology of the Teutonic Order. This edition, comprising parallel Latin text and Italian translation, with an up-to-date bibliography, copious introduction and notes, is a synthesis of current scholarship on the subject.